Hearing Aids for a school for Hearing-impaired Children

Hear the World supports a school for children with hearing loss in the Vietnamese Mekong Delta. 69 children were tested and received new, colorful hearing aids.

Vietnam is one of the world’s most dynamic emerging nations. Although it was still one of the poorest countries in the world after the Vietnam War, it is now increasingly becoming a country on the rise, with a free market economy. Its healthcare system is also constantly improving, but the care varies greatly between the poor and the rich, as well as between urban and rural areas. In the remote Mekong Delta, the Hear the World Foundation is supporting a school for children with hearing loss, by donating hearing aids and technical equipment.

Children Providing audiological care for children in low-income countries is a focal area of the Hear the World Foundation’s activities.
Newsletter
Donate Now

The #HearVietnam project was initiated in 2012 by Mr. Phu-Tho. He went to Germany in 1961 to study nuclear physics. Due to the chaos of the war in Vietnam, he did not return after his studies. However, he always remained intent on helping his country, especially the poor underprivileged part of the population. In 1998, he started several projects in Vietnam, together with his German wife. First in Phu-Quoc, where he's originally from, and later in the Kien-Giang province. One of the projects is #HearVietnam.

Colorful hearing aids for the children and expertise for the volunteers

The Hear the World Foundation has been supporting this project since 2018, by donating hearing aids and technical equipment, as well as by imparting knowledge.

On the January 2019 visit to the project, not only three acousticians from Vitakustik and Geers, but also three volunteers from Sonova Vietnam went along, to actively support the team from Germany and to guarantee local anchoring throughout the whole year. Jean Anne Schnittker, Foundation Board Member of the Hear the World Foundation and research audiologist, accompanied the team and trained them in pediatric audiology. This meant that the acousticians, who normally attend to mainly adult customers back home, learned how to test children’s hearing, for example with play audiometry.

Over the course of one week, the team tested a total of 69 children and provided them with new colorful Phonak hearing aids. Each child also received new customized ear molds. During the year, Sonova Vietnam conducts follow-up visits, so as to check the hearing aids’ settings and to make minor repairs. 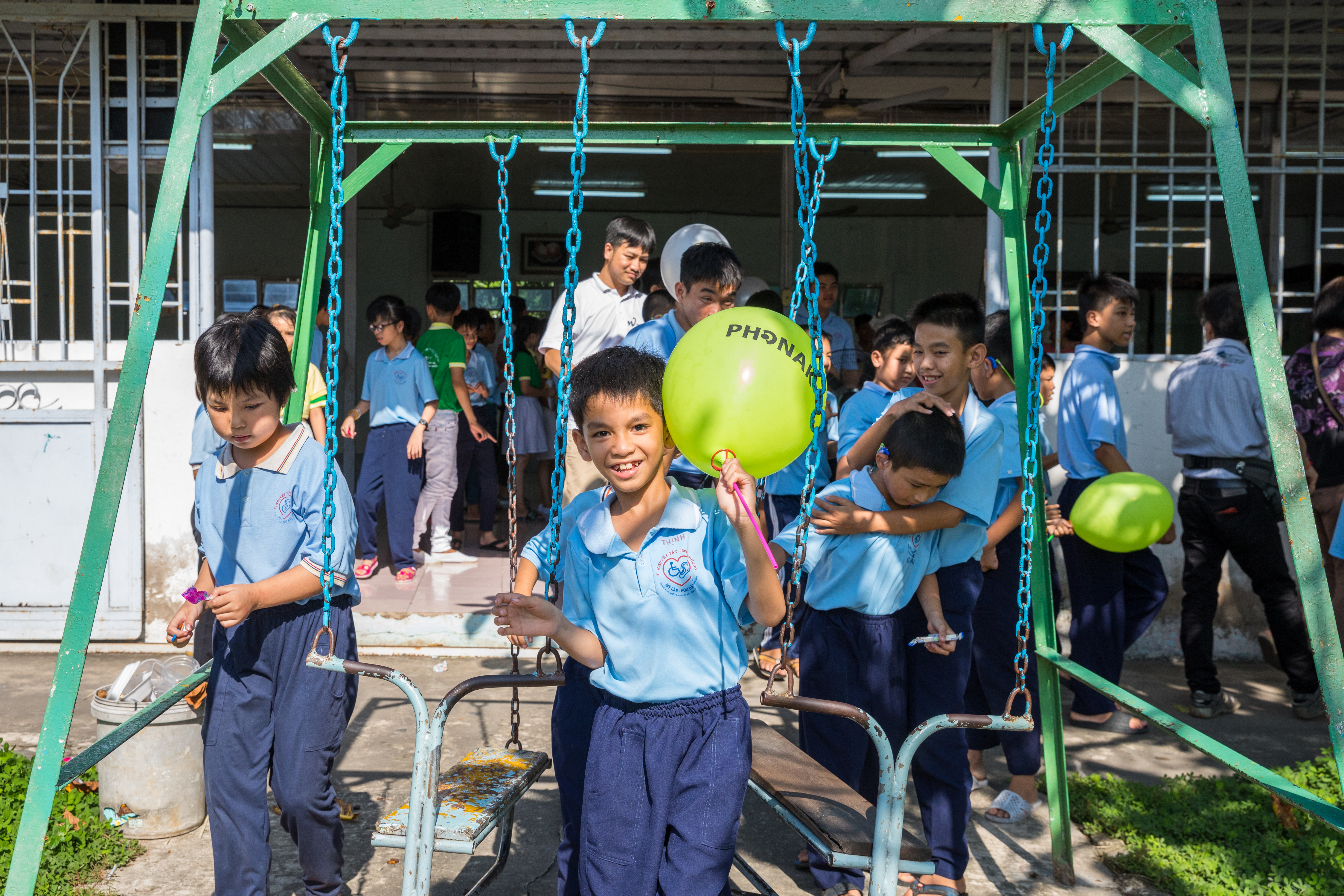 Integrated and encouraged, thanks to the school

This school for children with hearing loss was founded in 1994 by a Catholic priest. Today, it is run by nuns and financially supported by a local aid organization. If the parents can afford the school fees, they pay a contribution. However, children whose parents cannot afford the school fees are also able to attend the school. All the children have severe to profound hearing loss. They learn sign language at the school, which enables them to communicate with their classmates. The lessons are also held in sign language.

Thanks to this school, the children get an education, learn to express themselves and are integrated into a community. Later, they have the option of working at the school themselves, for example as a tailor or cook. The school is largely self-sufficient and also sells handicraft produced at the school.

For World Hearing Day, the WHO calls on everybody to take action to stem the increase of hearing loss through preventive efforts and to help ensure that people with hearing loss have access to rehabilitation and hearing solutions. We share the WHO's tips for everybody to contribute.

How loud is too loud?

The way in which we perceive noises and tones is a subjective experience. So how do we define “noise” and when does it become a threat to our hearing?

Join us and support our projects for children with hearing loss. Thanks to your generosity, we can expand audiological care in Asia, Africa and Latin America, and give children a self-determined future.