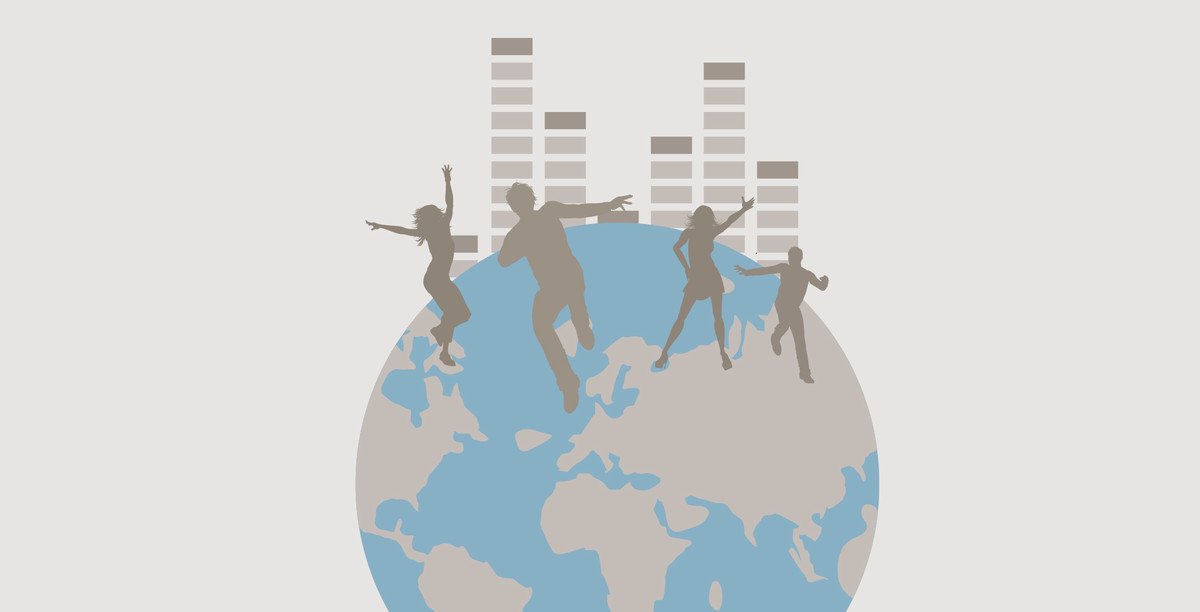 The latest study by the Hear the World foundation reveals that 53% of american music fans surveyed have already experienced tinnitus. Whether it is a popular concert, a trip to a festival, or partying at a club, more than half of US music listeners surveyed regularly go out and enjoy music to the fullest. What many of them forget, however, is that while listening to great sounds is a lot of fun, it can have serious implications for our hearing. Right on time for the summer concert season, in its “How the World Hears” study, the Hear the World Foundation took a close look at the listening behavior and its potential consequences – with alarming results: for example, 53% of people surveyed in the US had previously experienced tinnitus after going to a concert or a club. A total of 75% of those questioned admitted to never wearing hearing protection in places where loud music is playing. And 30% of them underestimated the actual sound volume – a misconception that can have a disastrous impact on their hearing.

No doubt about it, going out, partying and enjoying music is great fun. However, when you consider that noise volumes at concerts and clubs can reach 100 decibels or more (comparable to the volume of a chainsaw), it is essential for every one of us to protect and preserve our sense of hearing. After all, once it has been damaged, there may be no going back – temporary hearing loss caused by excessive volume can lead to permanent hearing loss. In its “How the World Hears” study, 1 the Hear the World Foundation examines the question of how we handle our hearing and sheds light on what we know about hearing and hearing loss.

Key US facts at a glance:

“Music is one of the most wonderful gifts our hearing can give us,” says Soriya Estes,AuD, owner of Estes Audiology Hearing Centers in central Texas. “For me, the study shows how difficult we find it to strike a balance between enjoying music and protecting our hearing. It is certainly alarming that well over half of the American people questioned have experienced tinnitus after going to a concert or a club. Excessive exposure to loud music has been found to cause a temporary loss in hearing which may lead to permanent hearing loss. It’s most likely that 75% of Americans never wear hearing protection and underestimate the actual sound volume simply due to lack of knowledge. Generating awareness about the threat to one’s hearing health and educating people about available hearing protection is key and a topic everyone in hearing health care can and should promote.”

For more information on the effects of noise on hearing, go to http://www.hear-the-world.com/en/knowledge/how-loud-is-too-loud

How to protect your hearing at concerts and clubs:

1 The “How the World Hears” study was conducted by the market research institute “Research Now,” which surveyed groups of 1,000 people between the ages of 16 and 55 in Germany, Switzerland, the USA, Brazil, and China.

Hear the World is now supported by more than 100 celebrity ambassadors, such as Cindy Crawford, Plácido Domingo, Annie Lennox and Sting.

In the 2018/19 financial year, the Hear the World Foundation provided 2.57 million Swiss francs in support for people with hearing loss. With this funding, the foundation aided 23 projects worldwide by supplying them with hearing technology, funding and expertise.

Together for better hearing

With the non-profit Hear the World Foundation, Sonova advocates equal opportunities and improved quality of life for people with hearing loss around the world.

OUR ENGAGEMENT AROUND THE WORLD

together for better hearing

Everyday life in one of the poorest countries in Latin America has very little in common with the holiday idyll we know. For many Dominicans, accessing medical care is beyond reach of whom almost half live in slums. We want to change this.

In Appalachia there are many people with hearing loss as a result of noise exposure in the local coal-fired power stations. Hear the World provides a local aid project with hearing aids and funding and sends volunteers.