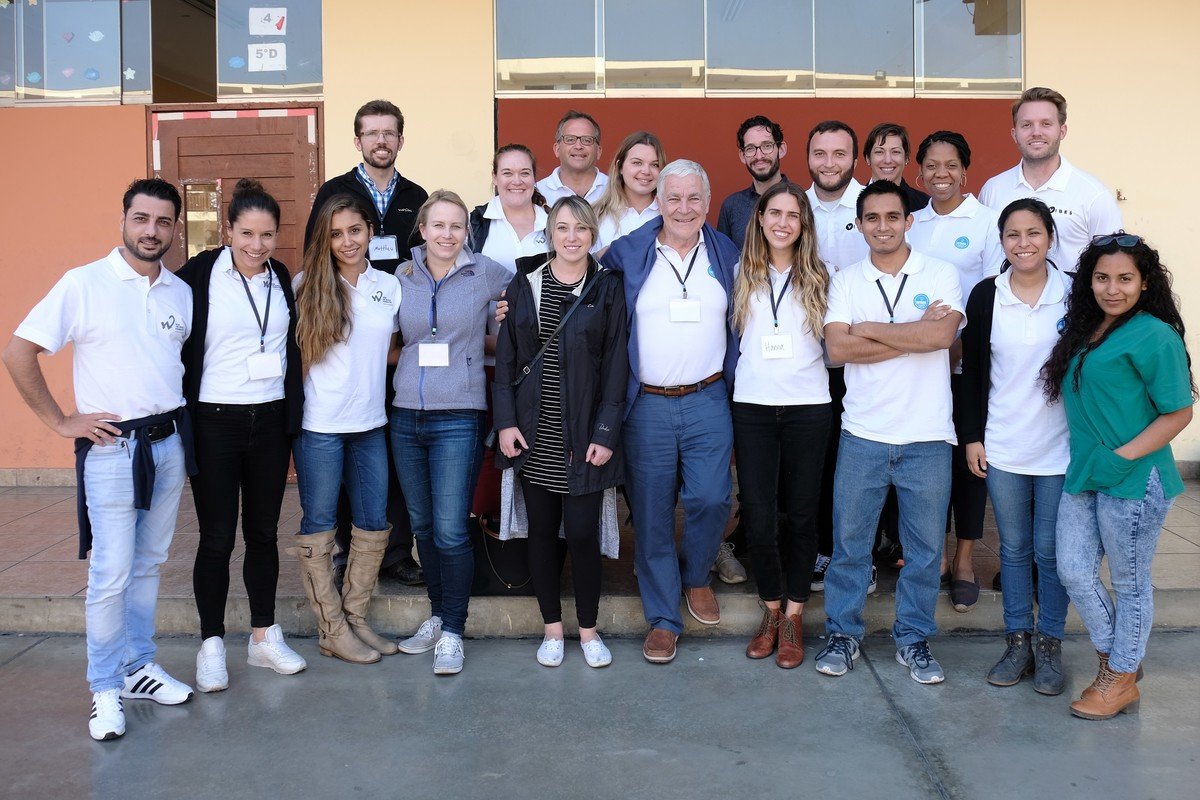 with vibes and world wide hearing for better hearing

Vibes, and Hear the World have joined forces to bring access to hearing healthcare to 30,000 children in need in Peru. Get involved, find out more.

Access to hearing health care in Peru is limited. Many hearing losses remain unidentified due to lack of newborn and school hearing screenings, an insufficient number of hearing health professionals, and the high cost of equipment. The American high fidelity earplug manufacturer, Vibes, has joined forces with the charities Hear the World Foundation and World Wide Hearing Foundation International to address this situation and bring access to hearing healthcare to 30,000 children in need in Peru.

There are an estimated 532,000 people with hearing loss in Peru, but the country lacks an accredited training for audiologists and the infrastructure to make hearing screenings accessible. Starting in 2016, the Swiss based Hear the World Foundation and the Canada based World Wide Hearing began a hearing screening campaign in schools in Lima to identify school children with hearing loss and provide them with services to improve their ability to hear, listen and speak. Vibes has a charitable partnership with the Hear the World Foundation, and donates 5% of its revenue to the Swiss non-profit. $25,000 of these donations directly funded the Peru campaign with hearing aids and audiological equipment in 2017. Vibes is the manufacturer of Vibes Hi-Fidelity Earplugs, which are reusable earplugs designed for sound quality that decrease the volume of the user's environment, while still allowing them to hear clearly.

Facts about hearing loss and the project

The Peru hearing screening campaign developed by World Wide Hearing uses mobile technologies and trains local personnel (speech therapy students and teachers) to become audiology technicians. The latter conduct hearing screenings and learn to identify warning signs of hearing impairment. Alongside Peruvian technicians, volunteers from Hear the World Foundation, World Wide Hearing, and Vibes employees travelled to Lima to support the screening of over 3,000 school children in November, resulting in over 10,000 children being tested in 2017. By the time the campaign will conclude later in 2018, 30,000 children will have been screened.

Undiagnosed and untreated hearing loss can negatively affect a child’s language, social, and cognitive development. It is associated with lower academic performance, and fewer work opportunities. Early identification and intervention can be life-changing. As part of the campaign, children who are screened and identified with hearing loss are given hearing aids as well as follow up care. The donated hearing aids help connect children to their world, enables them to break free from social isolation and reach their full potential. 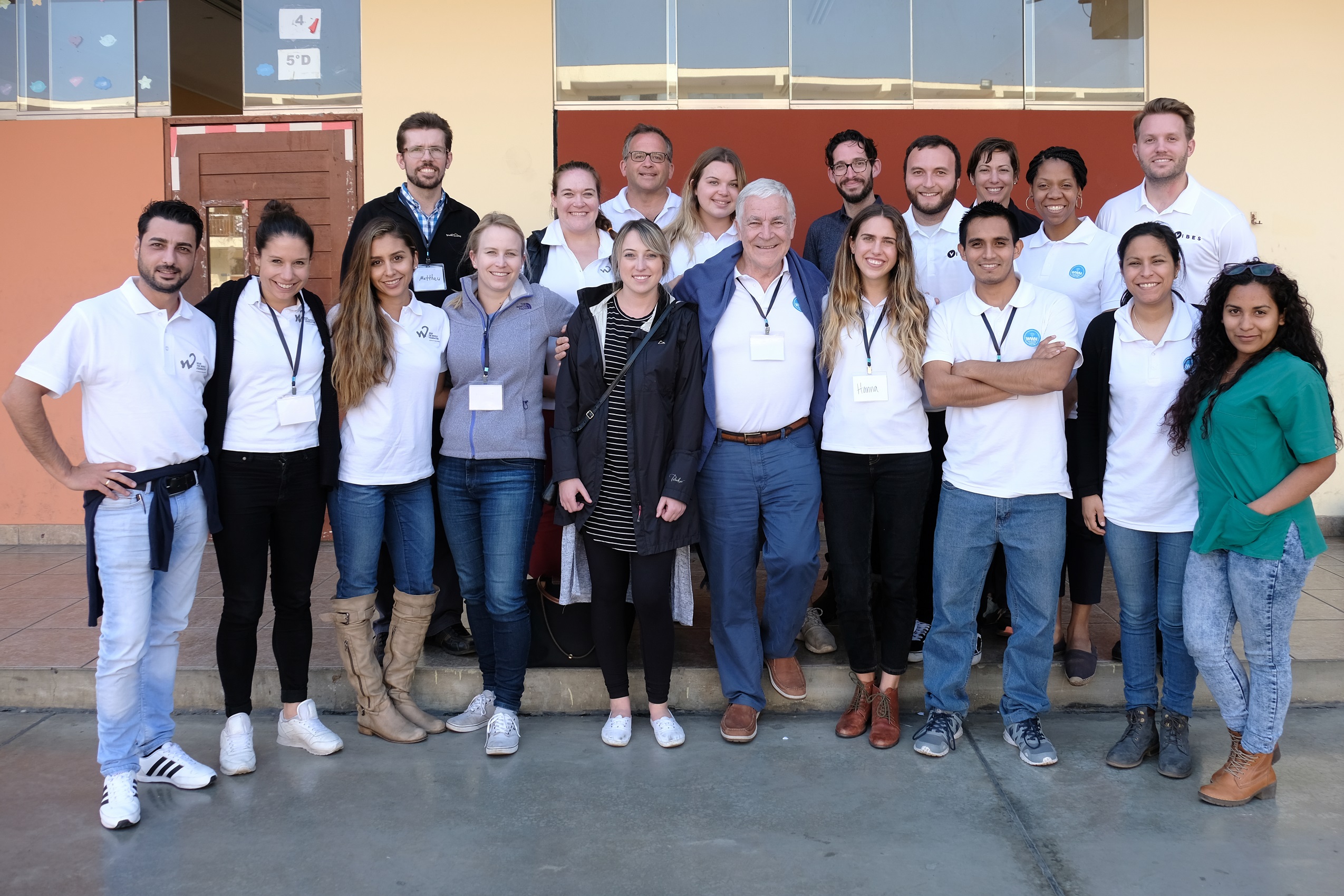 The project team: employees working for Vibes and World Wide Hearing and Hear the World volunteers. 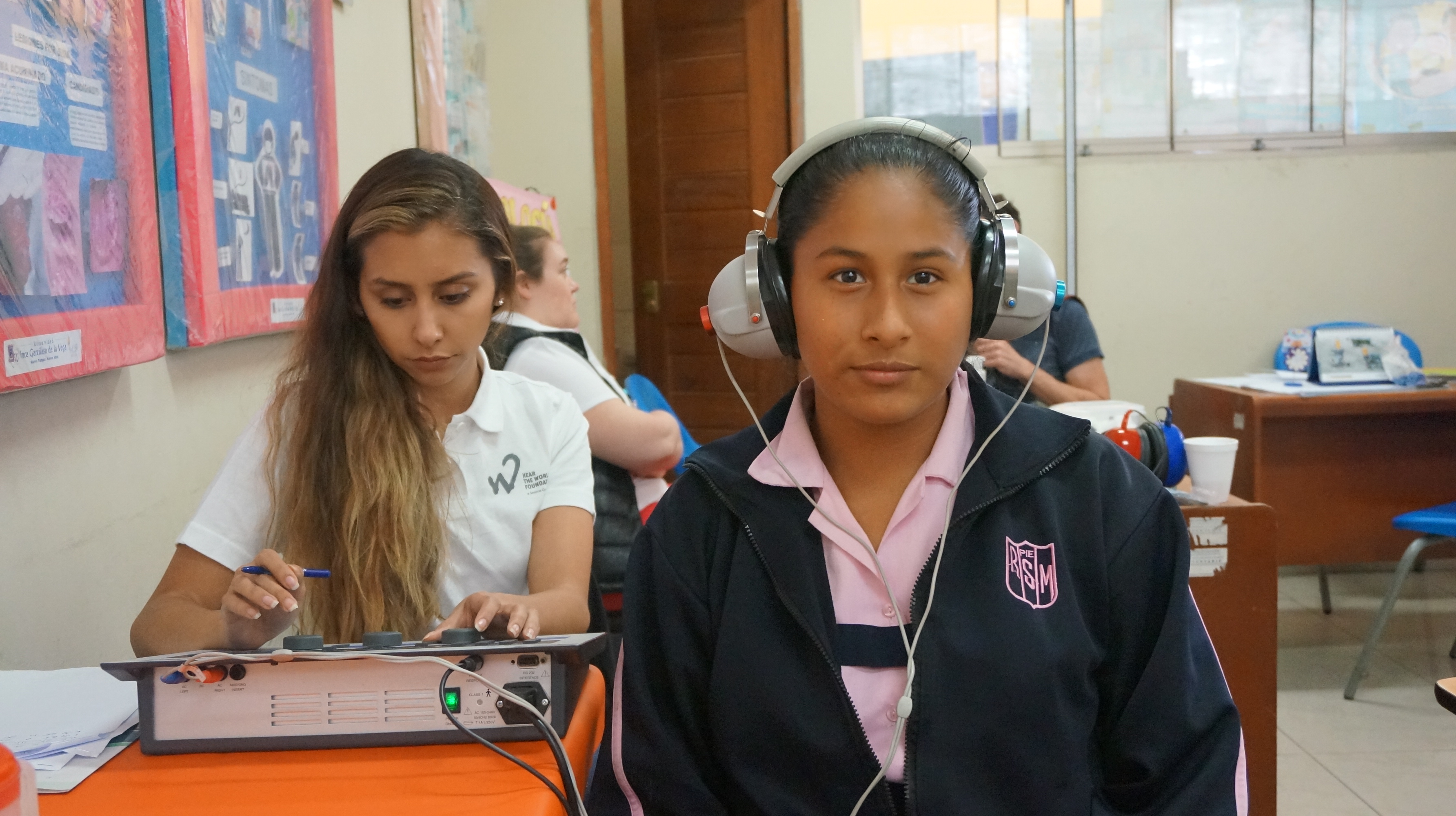 Hear the World volunteer Jacynda is testing the hearing of a girl. 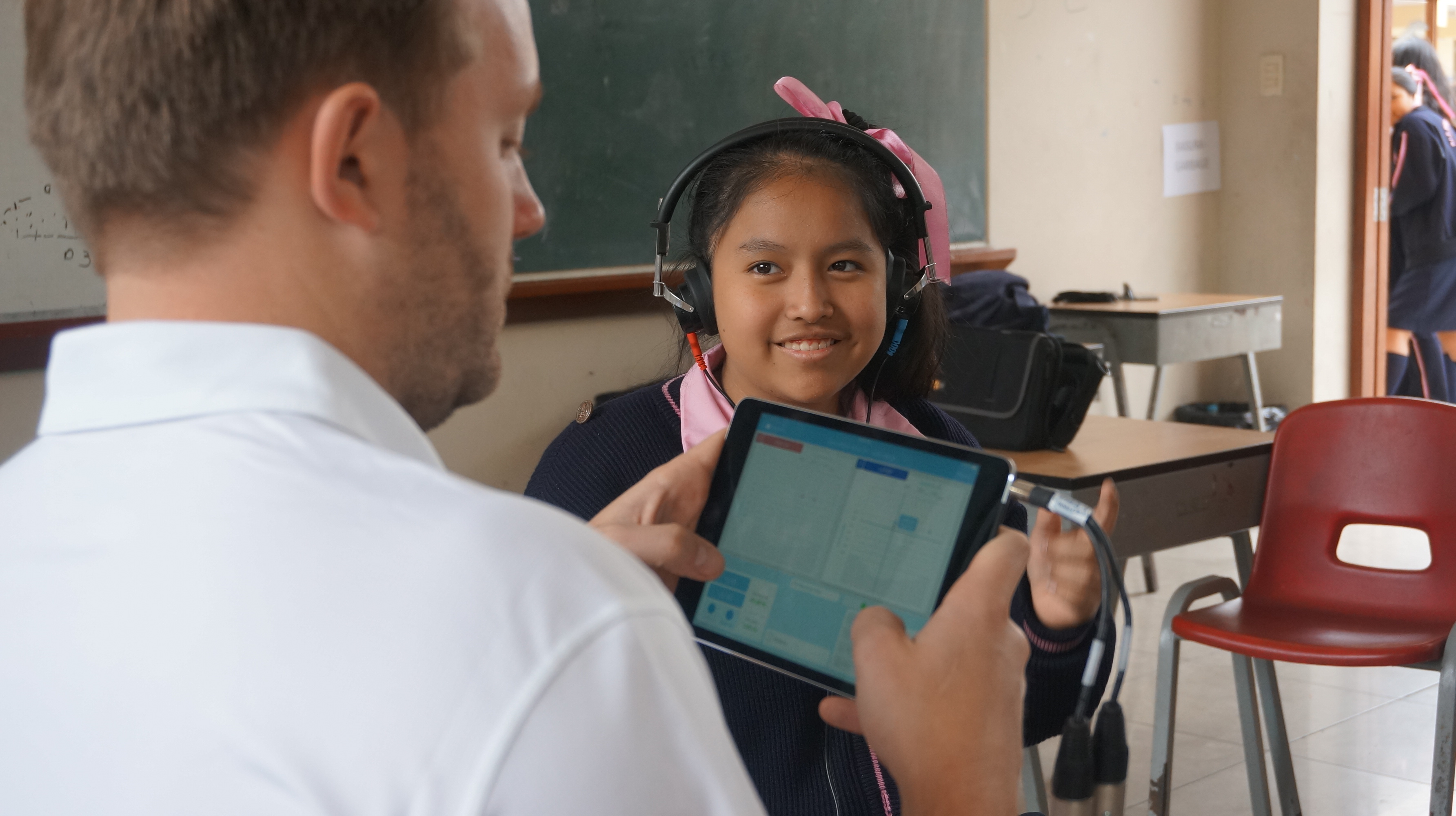 Vibes founder Jackson Mann is testing the hearing of school children with a hearing test app.

In 2018, the Hear the World Foundation supported 23 aid projects benefiting people in need with hearing loss, and particularly children, by providing CHF 2.57 million.