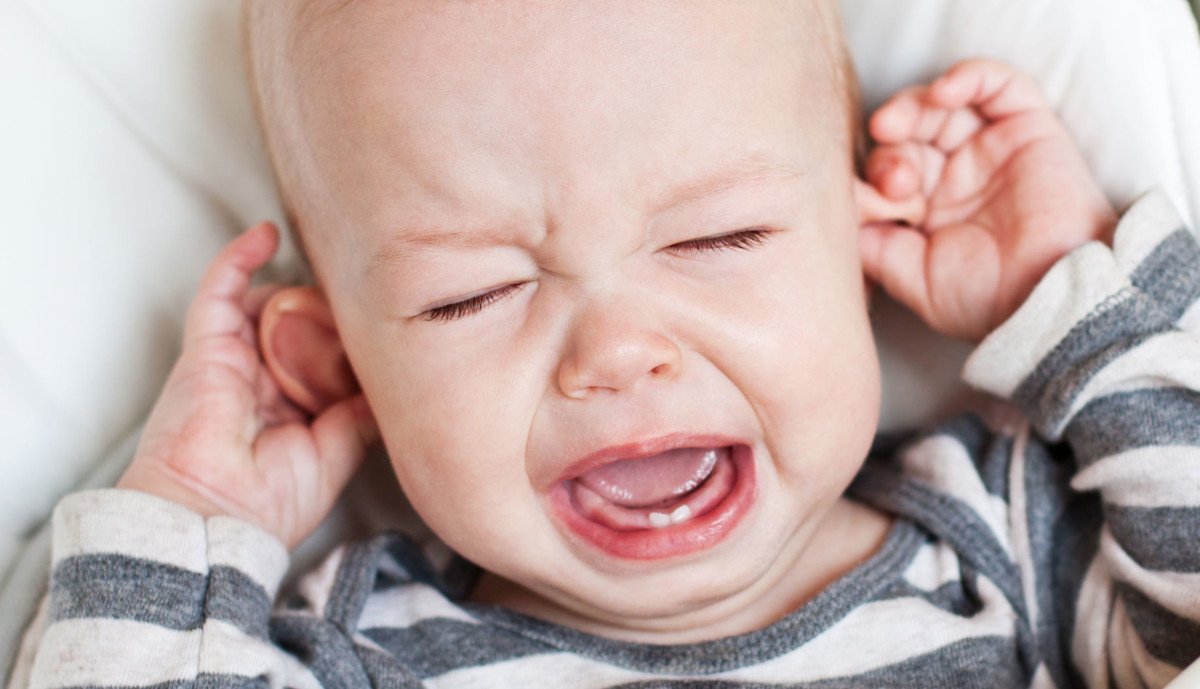 Hear the World Foundation shares some knowledge on Otitis Media in both children and adults: the different types, the most common symptoms and treatment.

Otitis media typically follows an upper respiratory infection, such as a cold. After a few days of a stuffy or runny nose the ears can become affected. The mucous membrane lining the middle ear becomes inflamed and the Eustachian tube closes up. A blocked Eustachian tube affects the air circulation in the middle ear causing a buildup of negative pressure in the middle ear. This sets up a vacuum and in some cases if the vacuum does not resolve the inflamed mucous membrane begins to secrete fluid.

When the term “ear infection” is used it usually refers to acute otitis media. AOM is characterized by the rapid onset and relatively short duration. AOM is generally viral in nature but can also be bacterial (acute bacterial otitis media).

SOM typically follows an episode of AOM. The buildup of fluid that is secreted from the inflamed mucous membrane can be temporary with no signs of infection. Serous otitis media is a common childhood condition that is often known as “glue ear”.

The signs and symptoms of otitis media range from very mild to severe. In its most mild form, acute otitis media is associated with a cold and symptoms include the feeling of congestion in the ears, discomfort or a “popping” sensation. These symptoms usually resolve once the cold is gone. In more severe cases the symptoms include hearing loss, earache or pain, dizziness, high fever, ear discharge, nausea and tinnitus. In some cases the eardrum cannot withstand the increasing pressure from the buildup of fluid and tears. This is commonly known as a perforated eardrum. Although this sounds dangerous, it actually has the positive effect that the fluid can flow out through the outer ear. This usually brings relief from the pain plus the general symptoms of illness.

With children the signs can be more subtle especially if they are not old enough to express themselves. The typical signs to watch for include:

Otitis media is one of the most common illnesses among children (Bluestone & Klein, 2000). It afflicts 75 to 90 percent of all children, aged between six months and six years (Bluestone & Klein, 2000). Children are more susceptible to otitis media because their ears and immune systems are not yet fully developed. The Eustachian tubes and adenoids of children put them at risk for ear infections. A child’s Eustachian tubes are shorter and horizontal in orientation making it difficult for fluid to drain out of the ear. The adenoids, located in the back of the upper throat near the Eustachian tubes, are large in children and can therefore easily interfere with the opening of the Eustachian tubes. A child’s immune system is not fully developed making them more susceptible to infections compared to adults. Children generally “grow out” of ear infections by the time they are 7–10yrs old.

The impact of otitis media or “glue ear” on a child can be underestimated because parents are often unaware that their child is suffering from it. Fluid buildup in the middle ear blocks sound which can result in a temporary hearing loss. A child with “glue ear” may not respond to soft sounds, like to turn up the television or radio, may talk loud, and appear to be distracted or inattentive. Often glue ear has no symptoms and if present for long enough can have a negative effect on a child’s language development and schooling.

Be attentive to a runny nose and prevent otitis media

There is little scientific evidence that any specific measures are able to prevent otitis media. Otitis media is considered a complication of upper respiratory infections and therefore prevention of otitis media is to reduce the risk factors associated with these infections. Several studies have found that limiting exposure to other sick children and cigarette smoke, frequent washing of hands, avoiding bottle feeding while lying down, diet and allergies can have an impact on the incidence of otitis media in children.

In many cases the incidence of acute otitis media will resolve on its own accord within three to four days with the help of prescribed ear drops, over the counter decongestants and analgesics. To prevent acute otitis media from becoming chronic as well as serious complications, antibiotics are sometimes required. Following a suitable course of antibiotics, otitis media normally clears up after two to three weeks.

The outcome – should I be concerned?

Otitis media is a very common medical condition. The majority of cases are mild and either resolve on their own or are easily treated. Generally speaking the middle ear has a strong self-healing ability and complications are very rare. Even perforated eardrums are able to heal on their own accord. Even so, the “slient” nature of otitis media which results in a hearing loss in children can have long term effects. So parents keep in mind that a runny nose may also lead to an ear with the sniffles.

Many people affected by loss of hearing have difficulty explaining to friends and families how their own perceptions in everyday life changed when they started to lose their hearing. It is not just that everything becomes more quiet. But what exactly are the effects of diminished hearing?

The HEAR India project provides support for the students at Rangammal School, a school for the hearing impaired in rural southern India, which is home to around 200 children. The purpose of the project is to ensure that all children receive digital hearing aids, that local experts are trained in audiological care and that the children have access to speech therapy.

The power beyond hearing

The importance of good hearing in our visually-oriented world is often underestimated. We show the influence our hearing has on various aspects of our lives.